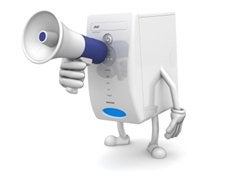 Who: When hackers are motivated by social, political, religious, environmental or other personal beliefs, they fall under this category. Normally thought of as natural-fiber wearing picketers with hand written cardboard signs or hanging out of trees in protest, these activists have swapped the spray paint for the keyboard and frequently use a variety of software tools readily available on the Internet to get their message across to the larger audience.

Why: Attention. Cyberspace is huge and a perfect platform to carry out their operations. Usually there is no direct financial gain. They are usually content with embarrassing or inconveniencing their opponents by defacing websites, arranging redirects, denial-of-service attacks or information theft/ disclosure. Forms of hacktivism also include web site parodies, anonymous blogging and virtual sit-ins (a variation of denial of service) and they can slip into corporate-espionage mode if it means they can weaken the opponent.

What : WikiLeaks has to be the most high profile example from recent months. WikiLeaks is an international non-profit organisation that publishes submissions of private, secret, and classified media from anonymous news sources, news leaks, and whistleblowers. Its website, launched in 2006 claimed a database of more than 1.2 million documents within a year of its launch. Originally launched as a user-editable wiki, the site moved towards a more traditional publication model and no longer accepts user comments or edits.