User Activity Monitoring tools track users' behavior in the organization across devices, networks, and cloud. Today’s distributed enterprises must understand how their users interact with the organization’s resources and data to detect and stop insider threats. Mature security organizations use UAM tools to proactively and continuously understand risk either through human errors or malicious intent versus target employee surveillance and performance measurements.

What does UAM have to do with Zero Trust?

At a high-level, Zero Trust is an approach to risk management. It advocates that users and devices on an organization’s network should not be entitled to access—or use—resources without explicit and continuous verification and validation. “Never trust, always verify,” the mantra of Zero Trust, places the burden of access and usage verification on security organizations.

People often think that Zero Trust is mostly an issue of confirming people’s identity. However, that’s just the beginning. Verifying who people are or what they are entitled to access isn’t enough to determine the risk because role-based access policies seldom change. Even when the context such as time of day, geographical location and device used (managed or personal), etc. are used to calculate risk, the approach falls short of identifying whether a user’s credentials are compromised, or the user has malicious intent.

Consider the following scenario: a pharma researcher who has legitimate access to intellectual property is working from home:

On its own, the researcher's access to the confidential data is verified even when the additional context is put in place. True Zero Trust systems need to control access and usage. Understanding user behavior thus becomes key to identifying and mitigating risk. Knowing when the device is beaconing to an external site is indicative of a compromised user, and at that point, data access should be limited. This approach would also exonerate the user from malicious intent.

For a successful UAM deployment, organizations need to have a comprehensive approach that takes their culture and values into account, complies with regulations, and furthers user education.  —

Interested to learn more about Forcepoint’s approach to Zero Trust security? There’s still time to register for our Cyber Voices Zero Trust Summit happening next week. Expect to hear discussion from cybersecurity leaders at organizations such as Accenture, Amazon Web Services, Forrester and Microsoft and more like the session below: 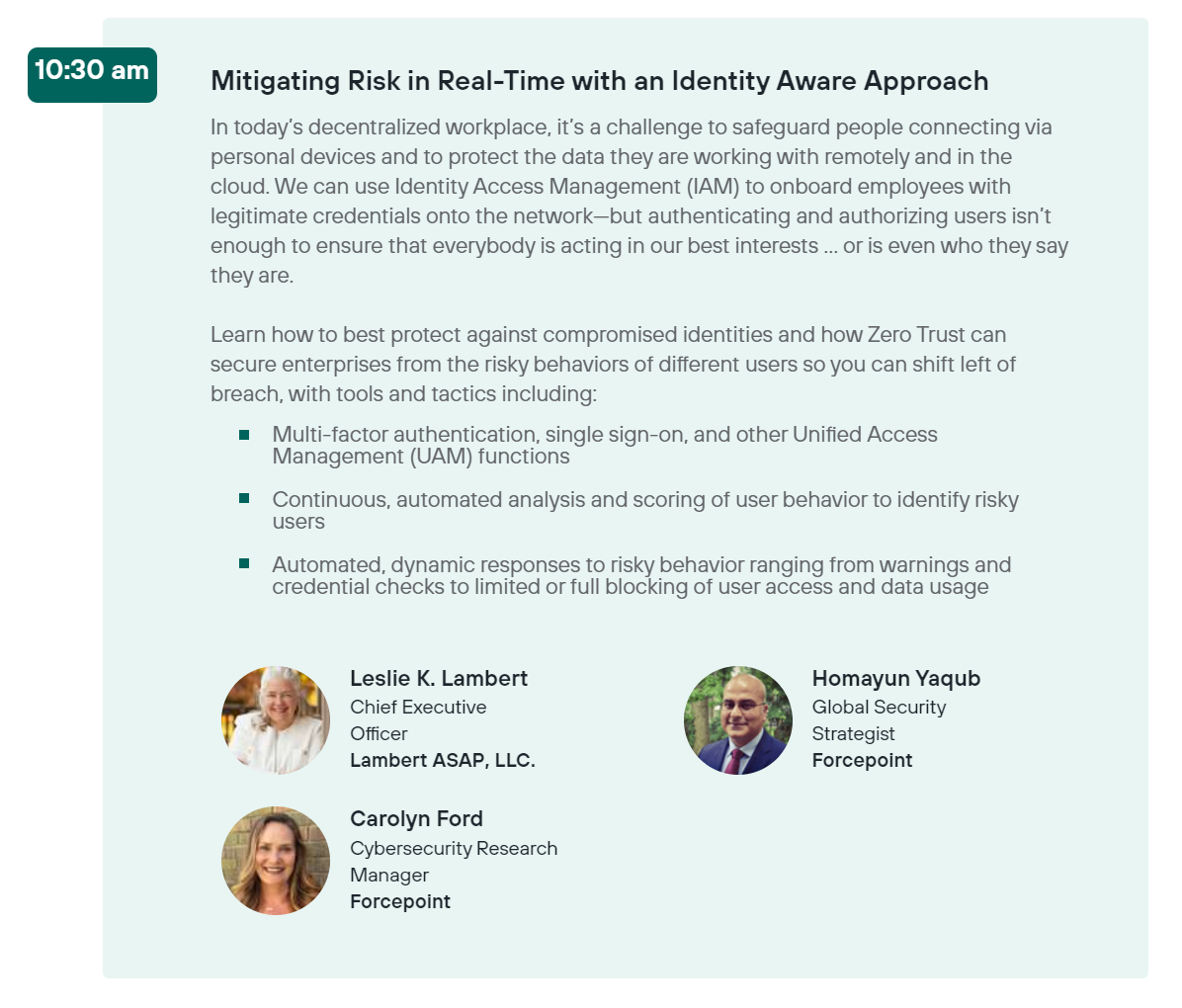 Ashish Malpani is the Senior Director of Solutions Marketing at Forcepoint. In his 20 years of experience, he has held marketing and product leadership roles at information security and systems companies including HID Global, Dell-EMC, and Gemalto (...