When Duqu, which most believed to be written by the same group that wrote Stuxnet, was originally uncovered, the infection vector was still unknown; how did the machines get compromised in the first place? That changed when the Hungarian research lab, CrySys, announced that it had found the dropper which was a Word file that used a new 0-day vulnerability in how Windows parses TrueType fonts.

Microsoft has also released a Fix-It tool that will temporarily mitigate any attack using this vulnerability.

Websense, as an active member of the Microsoft MAPP program, has worked with Microsoft to develop protection for our customers. Our security solution will block as "Malicious Web Sites" any attempts to download a file containing an exploit that uses this vulnerability: 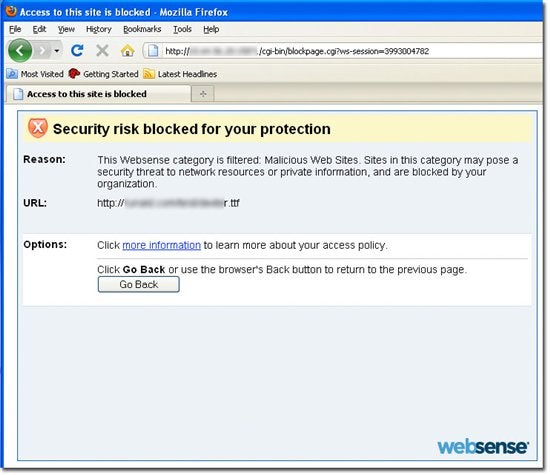 Websense will continue to work closely with Microsoft and the security community to monitor this prevalent  threat.

Forcepoint is the leading user and data protection cybersecurity company, entrusted to safeguard organizations while driving digital transformation and growth. Our solutions adapt in real-time to how people interact with data, providing secure access while enabling employees to create value.
Learn more about Forcepoint
PR