Websense Security Labs™ Websense ThreatSeeker® Intelligence Cloud has discovered that attacks utilizing the most recent Internet Explorer zero-day exploit (CVE-2013-3893) are more prevalent than previously thought.  In this write up we shall analyze the exploit code and perform analysis on the dropped malicious file.

An exploit leveraging this vulnerability was first discovered in very targeted attacks located in Japan. First disclosed in a Wepawet security advisory on August 29th, 2013, Microsoft released a security advisory (KB2887505) providing details on the vulnerability and a Fix-It solution on September 17th, 2013. Websense researchers reviewed our third-party telemetry feeds to determine the potential attack surface and risk associated with this exploit, and determined that nearly 70% of Windows-based PCs are vulnerable. While the vulnerability can theoretically affect all versions of Internet Explorer, the exploit is targeting only users of IE8 and IE9 who are running the Windows 7 and XP operating systems.

On September 25th, 2013, at 00:39 PST, Websense real-time security analytics stopped an exploit against one of our customers (a major financial institution based in Japan) leveraging CVE-2013-3893 being hosted on a Taiwanese IP address (220.229.238.123). The exploit was hosted at the following URL (hxxp://220.229.238.123/tn/images/index.html). It is worth noting that in addition to specific analytics designed to stop this exploit, three different Websense real-time analytics protected our customers from this threat dating back for more than 3 years.

Below is a screenshot of the Exploit code for CVE-2013-3893 that is hosted on the Taiwanese IP (220.229.238.123). It is interesting that the JavaScript exploit is not obfuscated and is delivered in clear-text, while the shell code and dropper discussed below are both obfuscated. 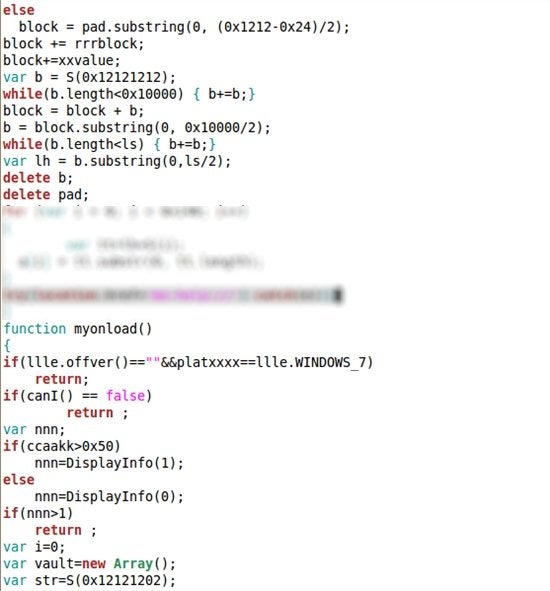 We were quickly able to recover the XOR key (9F) and de-obfuscate the shellcode with a clear-text  attack to reveal the dropper file. While the delivery mechanisms are very similar, it is interesting to note that the URI path, IP address and image file names are different than those noted in the analysis of the Operation DeputyDog attacks, as this shell code attempts to drop "./tn/logo.jpg" from the IP address (220.229.238.123).

A clear-text attack on the logo.jpg file revealed that it is actually a Windows executable (when XORed with 0x95) with the following attributes:

Next, runrun.exe initiates an HTTPS connection handshake to login.momoshop.org (210.17.236.29), which is terminated by the server. For some reason, the client never sends a SYN/ACK to continue the HTTPS handshake. More on this when we finish reversing the malware.

Interestingly, momoshop.org was registered on March 16, 2013, by the registrant listed above. This domain is unusually old (6 months) in the context of the other C&C domains that we have seen associated with the malware and that were registered just days before the attacks. 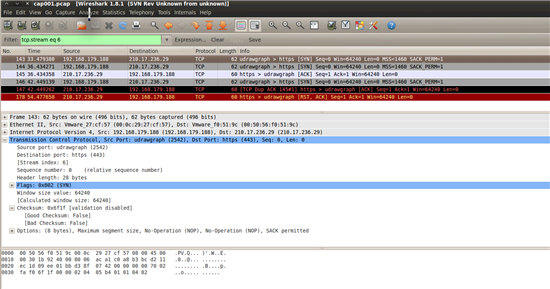 Websense Labs researchers are currently confirming telemetry from the ThreatSeeker network with possibly compromised Taiwanese hosts communicating to the C&C server (180.150.228.102) associated with malware variants (8aba4b5184072f2a50cbc5ecfe326701 and bd07926c72739bb7121cec8a2863ad87) dating back to July 1st, 2013, indicating that attacks from the threat actor identified in the Operation DeputyDog report may have started earlier than previously thought and may not be limited only to Japan.  More on this soon.

2. Websense has three real-time analytics (one has been in place for nearly three years) that blocked the CVE-2013-3893 exploit from compromising customers.

3. ThreatSeeker Intelligence Cloud reports a potential victim organization in Taiwan attempting to communicate with the malicious C&C server (180.150.228.102) associated with the CVE-2013-3893 exploit as early as July 1st, 2013.

5. Websense Threat Intelligence indicates that the threat actor's attacks were not limited only to Japan as previously reported. The use of separate IP addresses, domain registrations, and permutations to dropper locations indicates a high degree of segmentation between attacks and different teams using the same tool sets, exploits and C&C infrastructure.

The real-time analytics deployed in ACE (our Advanced Classification Engine) were able to detect and stop the attack above at three stages independent of the zero-day exploit (CVE-2013-3893) for which we had built specific protection. These analytics were able to detect the techniques used to deliver and obfuscate the exploit and malware, protecting our customer from being compromised. This is a great example of how offering protection from multiple stages of an attack can stop even highly targeted, low volume threats with cutting edge exploits.

Forcepoint is the leading user and data protection cybersecurity company, entrusted to safeguard organizations while driving digital transformation and growth. Our solutions adapt in real-time to how people interact with data, providing secure access while enabling employees to create value.
Learn more about Forcepoint
AW