This blog post discusses how Nuclear Pack, one of the most popular exploit kits, has evolved, and highlights the constant, ongoing arms race between attackers and defenders.

While Nuclear Pack is not the most sophisticated exploit kit--that dubious distinction going to Angler, which we will write about in an upcoming post--it is highly effective. It has been used in such high-impact campaigns as the AskMen compromise, and used by the APT group behind Operation Windigo. Nuclear Pack has a wide range of attacks in its repertoire, including Flash, Silverlight, PDF, and Internet Explorer exploits, and it is capable of dropping any malware. Furthermore, Nuclear Pack is constantly being improved by its creators to avoid detection and achieve higher infection rates.

Exploit kits are a main source of compromises today; they are one of the primary vehicles for both 0-day and widely effective, known vulnerabilities, offering a free pass to drop active malicious content (such as the banking trojan, Zeus) that embeds on the system giving cyberciminals a way into internal networks and ultimately leads to data exfiltration. Last year Websense has detected and blocked more than 66 million threats specifically with exploit kits, plus over 1 billion catches of later-stages, such as dropper file, C&C traffic (Call Home stage) that are commonly attributable to new exploit kit activity. In essence, exploit kits are complete, off-the-shelf solutions that cybercriminals can buy to compromise systems by exploiting various software vulnerabilities on the victim's system. In addition, these kits are equipped to defeat IDS and Anti-Virus solutions in order to avoid detection, the main technique they use to achieve this is through using code obfuscation, which is used to hide the true nature of the malicious code. Exploit kits constantly change and improve in order to keep up with various security solutions and the new version of NuclearPack is the next stage of exploit kit evolution.

Nuclear Pack affects virtually all industries, as it is very often used in high-volume compromises. In addition, the number of exploit attempts varies highly based on the traffic volume of the compromised website, as shown in the charts below. 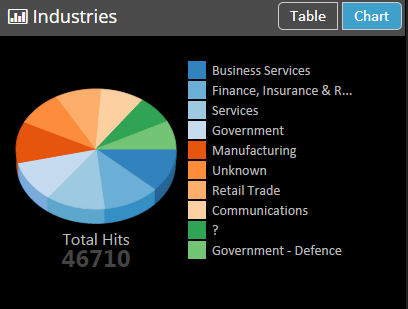 Nuclear Pack follows the traditional kill chain and maps directly to the 7 Stages of Advanced Threats. Websense customers are protected from this threat with ACE, our Advanced Classification Engine, at the following stages:

After cleaning up the landing page so that it is properly structured, we are still left with highly obfuscated JavaScript code.

Cleaned up Landing Page (part I): 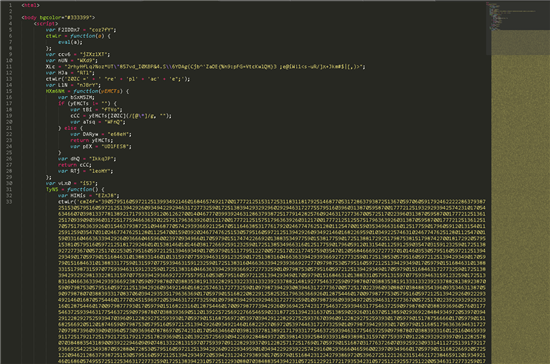 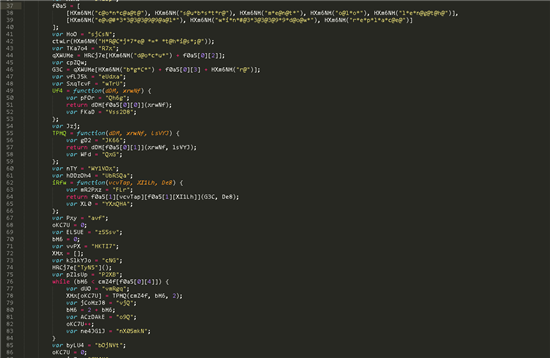 Investigating the structure of the obfuscated code reveals that it actually consists of only a few parts: 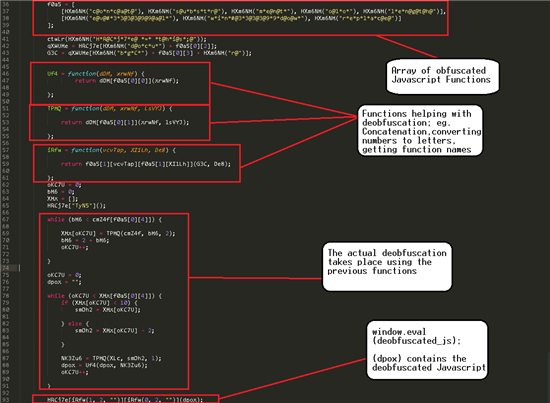 In essence the landing page just takes the obfuscated content, deobfuscates it, and then runs it.

One of the most unique Nuclear Pack obfuscation techniques is the use of the background color as means to obfuscate and deobfuscate certain functionality.  The original version of Nuclear Pack always sets the background color of the page to an arbitrary color. Later, the variable document.bgcolor is used to deobfuscate a number of functions, which were obfuscated with hexadecimal HTML color values.

Unique obfuscation method: <body bgcolor="#333399"> is used in the example below

Nuclear Pack uses the popular PluginDetect library to fingerprint the victim. As you can see, the creators were using the latest version.

Nuclear Pack uses CVE-2013-7331 XMLDOM ActiveX control vulnerability to enumerate anti-virus software on the target system. Note that the vulnerability only affects Internet Explorer users. The use of this exploit to fingerprint the victim’s machine for anti-virus software is not unique to Nuclear Pack. It is increasingly being adopted by more and more exploit kits (including Angler and RIG). If a specific (hardcoded) anti-virus solution is detected, the infection attempt is aborted in order to avoid possible detection.

Before launching the actual exploits, Nuclear Pack runs a check to see whether the victim has vulnerable plugin versions. As you can see below, Nuclear Pack also checks for vulnerable Java versions. That functionality is just a placeholder, however; it doesn't seem to use any Java exploits.

Finally, based on the results of the previous check, the exploit kit runs the appropriate exploit or exploits.

The biggest difference between the new version and its predecessor is that it uses completely different obfuscation techniques to hide malicious code from security products. 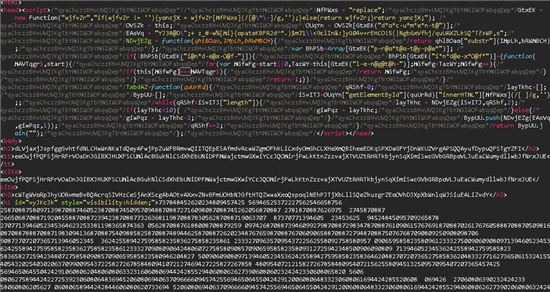 In the past, NuclearPack also used to use simple URL patterns specific to only this exploit kit. With the new version this is no longer the case. Also, a large chunk of the original PluginDetect library is gone, leaving only the essentials. This makes Nuclear Pack more streamlined and efficient.

The creators of NuclearPack also introduced a XOR based obfuscation method for the malware payload, which makes it significantly more difficult to detect the dropper file with IDS or anti-virus as no signatures will match on the encoded payload. Websense File Sandboxing reports the dropped executable as malicious. 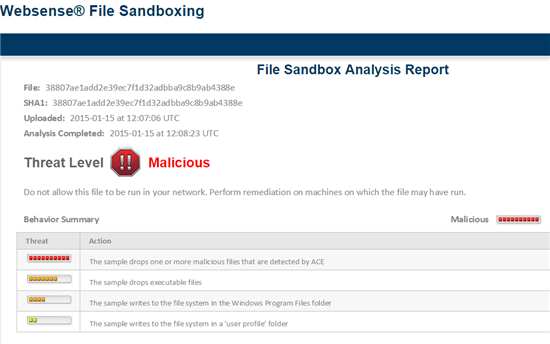 Finally, the new version only uses Flash (CVE-2014-8439) and Silverlight (CVE-2013-0074 / CVE-2013-3896) exploits. This seems to be a general trend among various exploit kits; they drop Java, Internet Explorer, and PDF exploits in favor of the more successful Flash and Silverlight exploits. There are two main reasons behind this: first, Flash and Silverlight are widely used plugins, while Java and Adobe Reader plugins are becoming less common. Also, due to the diversity of the browser market, it's becoming less profitable to use Internet Explorer exploits. Secondly, while browser security has steadily increased over the past few years, different plugins seem to lag behind in terms of security.