Websense Security Labs™ researchers have discovered a widespread cybercrime campaign utilizing the Mevade malware that appears to be originating from Russia and Ukraine and primarily targeting the business services, government, manufacturing, and transportation sectors in the US, UK, Canada, and India.

In this post we analyze the malware, command and control characteristics, and attack infrastructure used in this campaign.

Websense research performed on 3rd party feeds indicates that this campaign has infected hundreds of organizations and thousands of computers world-wide and appears to be used for a variety of purposes, including redirecting network traffic and click fraud, as well as search result high-jacking. However, the extensible Mevade malware provides a very capable mechanism for data theft through reverse proxying capabilities. Websense customers are protected against attacks such as this at multiple stages of the attack cycle, including attack infrastructure and C2 protocol.

Special thanks to Websense Labs Researchers Jack Rasgaitis and Gianluca Giuliani for their contributions to this report. 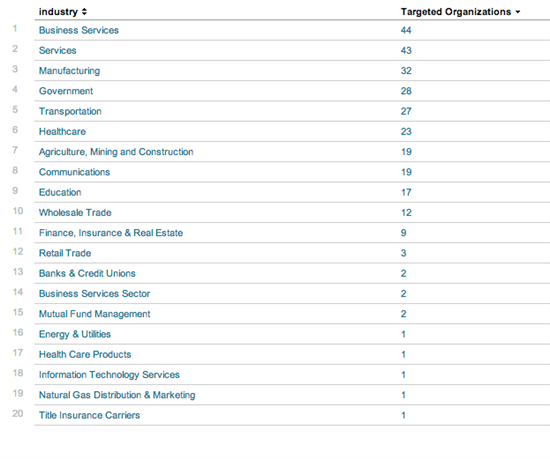 The malware calls back with GET requests of the following example format:

Domains being used for command and control:

Interestingly, most of the domains above are registered with the following contact email address: gmvjcxkxhs@whoisservices.cn contact info: "Whois Privacy Protection Service|Whois Agent", which indicates a single service was used to register these domains. A quick search of our domain registration database indicates that over 7,000 domains have been registered using this service.

The majority of Command and Control related IP addresses can be attributed back to the following ASN:

Microsoft first detected this malware as Mevade.A on July 2, 2013.

As you can see below, the malware is using an integrated services language based on SQL, called WQL (SQL for Windows Management Interface). Below you can see a snippet of code that queries the target system's database to learn the security settings.

Here is the direct WQL query to the Windows Management Interface to learn more about installed AntiVirus.

The malware authors were kind enough to leave us a list of AV engines that they were attempting to detect.

Interestingly, the malware attempts to detect the existence of the "Sandboxie" tool commonly used by researchers to analyze malware. Below is a check executed by the malware for the presence of Sandboxie DLLs.

Below, we see a direct check executed by the malware to search for Oracle/Sun VirtualBox services. 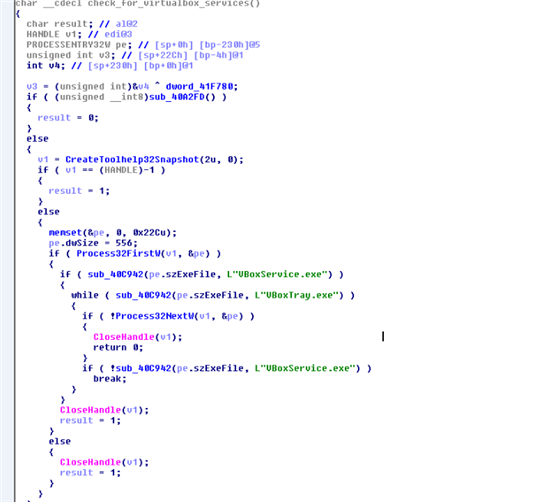 The malware contains a “Resources” section that is used by the code as shown below. 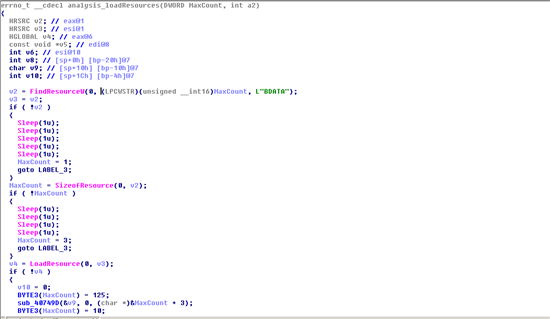 This confirms our suspicion that the software we have analyzed so far is a loader program to install the malware service. 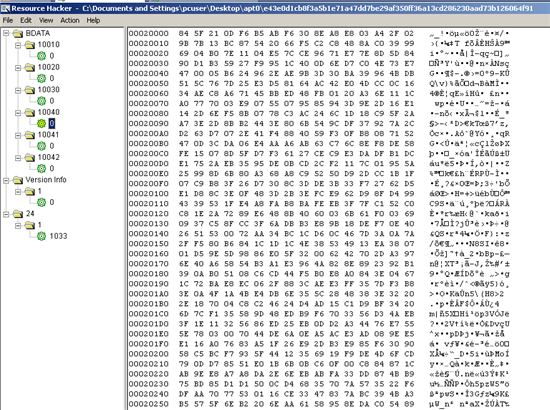 The obfuscated code below is used to confirm that the security checks above executed correctly. 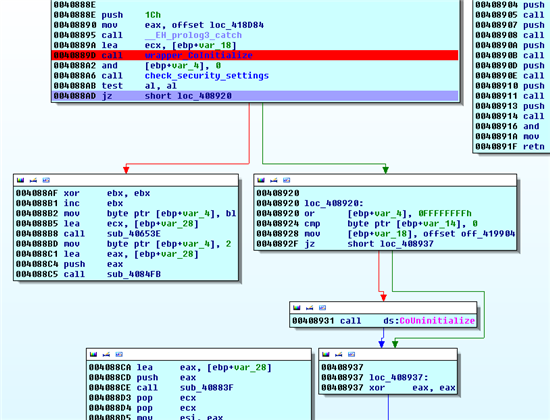 Once the security checks have been validated and the resources section properly decoded, the loader attempts to install the malware as a service. Below is the sequence of functions offered by the installer.

Interestingly, the buffer below contains references to the "3proxy" open source proxy software that we have previously seen associated with the Shylock/Caphaw malware. 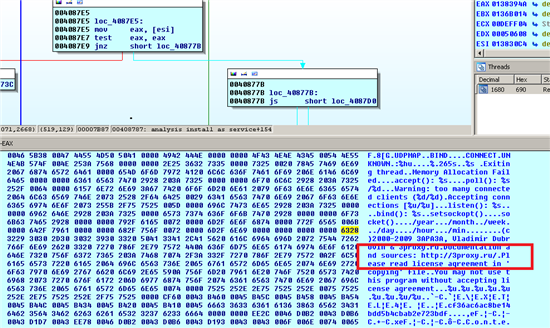 3proxy is a tiny proxy which can be installed on Windows-based systems (hxxxp://www.3proxy.ru/) .  More information about 3proxy below. 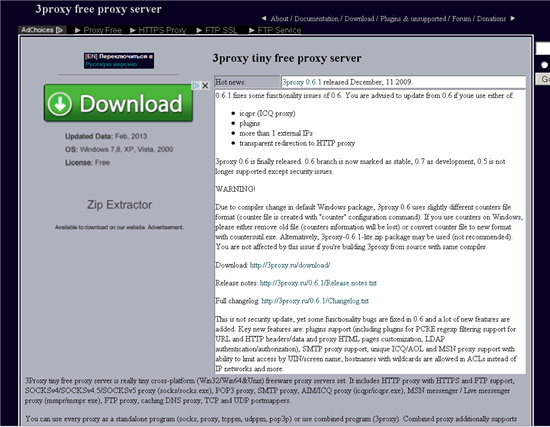 Why Embed 3proxy in Malware?

A lightweight proxy such as 3proxy provides functionality in advanced malware to allow attackers to tunnel traffic directly through the malware and directly onto a target network. In these cases, the Proxy is configured as a reverse proxy, with the ability to tunnel through NAT (Network Address Translated) environments to create a connection to the attacker's infrastructure and initiate a backdoor directly into the target network (in this case, using SSH over port 443). The use of reverse proxies indicates that the cyber-criminals plan to manually scan a network and move laterally towards more critical apps and information (such as databases, critical systems, source-code, and document repositories) than might exist on the original machine that has been compromised.

Details on Shylock's use of 3proxy: