Websense Security Labs are currently investigating reports of another in the wild 0-day vulnerability affecting Adobe products. Our customers are protected from this latest vulnerability by ACE, our Advanced Classification Engine. 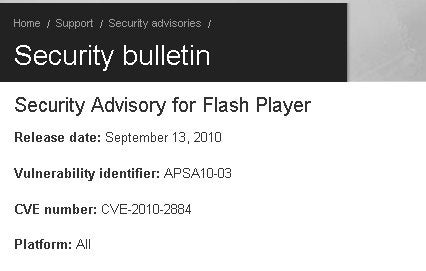 The vulnerability has been rated critical by Adobe.  If exploited, the malware author has the opportunity to execute code on the affected user's machine.

The following products are affected:

As per our earlier tweets, Adobe are advising that they plan to patch the Flash Player vulnerability during the week commencing September 27, and have the aim of patching Adobe Reader/Acrobat the week after that.

We are keeping a close eye on developments and will be sure to update you further as events unfold.