The Websense® ThreatSeeker® Network has detected a wave of phishing campaigns spreading on the Chinese social network "Sina Weibo". Sina Weibo is a Chinese microblog website, like a hybrid of Twitter and Facebook, that has more than 300 million registered users as of February 2012. 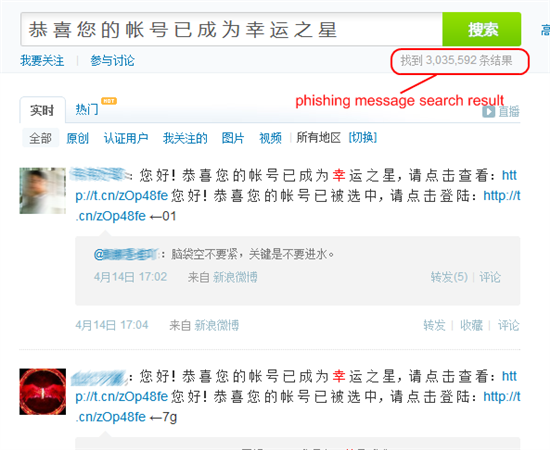 Several phishing messages are used to spread the campaign. The templates have only minor wording differences and add a random tag after the shortened URL. The example of the phishing message shown above has been forwarded more than 3 million times, a number that is growing rapidly.

The phishing sites pretend to be award sites sponsored by SINA Corporation, the owner of Sina Weibo. Visitors are notified that in order to claim their valuable prize, the "winner" must pay a portion of the prize's tax. The "tax" is then paid to phisher. The sites also ask for personal information, such as name, portal address, and account number. 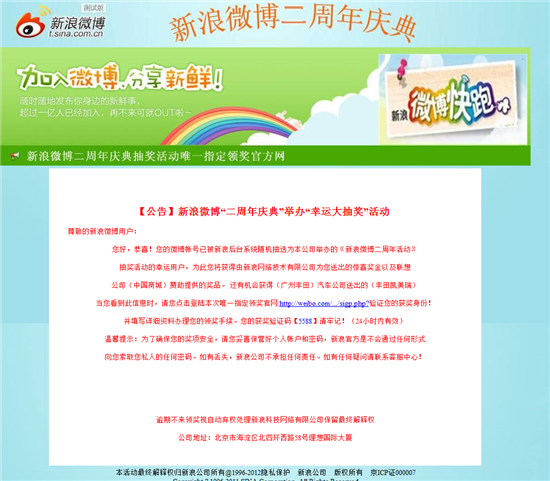