Home:Blogs:New! To The Point Podcast with NY Times’ Sheera Frenkel

In our latest podcast, “F**k It, Ship It!,” we hear directly from New York Times technology reporter Sheera Frenkel, who covers cybersecurity from San Francisco. Frenkel and fellow Times reporter Cecilia Kang co-authored a page-turner called An Ugly Truth: Inside Facebook’s Battle for Domination, which has been called “the ultimate takedown” by reviewers. 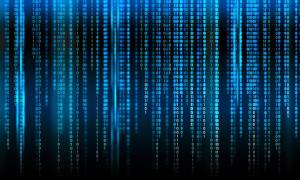 The meticulously reported book offers a behind-the-scenes look at Facebook, one of the most important technology companies of our time, and its many missteps: from privacy breaches and the mishandling of data to the rise of fake news and hate speech. The story takes readers across the globe.

The Facebook saga is packed with cautionary tales and lessons relevant to cybersecurity and the future of the Internet. In some sense, this story represents some of the biggest challenges facing society writ large today. In this podcast, Frenkel dives into:

Frenkel is an award-winning journalist. In 2019, she was part of a team of investigative journalists recognized as Pulitzer Prize finalists. The team also won the George Polk Award for National Reporting and the Gerald Loeb Award for Investigative Reporting.

Don’t miss this conversation, which is part of Forcepoint’s To the Point podcast series on a broad and exciting range of cybersecurity topics.