Home:Blogs:BITTER: a targeted attack against Pakistan

Forcepoint Security Labs™ recently encountered a strain of attacks that appear to target Pakistani nationals. We named the attack "BITTER" based on the network communication header used by the latest variant of remote access tool (RAT) used:

Our investigation indicates that the campaign has existed since at least November 2013 but has remained active until today. This post intends to share the results of our research.

Spear-phishing emails are used to target prospective BITTER victims. The campaign predominantly used the older, relatively popular Microsoft Office exploit, CVE-2012-0158, in order to download and execute a RAT binary from a website. Below is an example of a spear-phishing email they used earlier this month. The recipient is an individual from a government branch in Pakistan, while the sender purports to be coming from another government branch of Pakistan:

Other attachment filenames they used that also contained the CVE-2012-0158 exploit are as follows:

In one instance, they used a RAR SFX dropper that drops both their RAT and a picture of a Pakistani woman as a decoy. A quick Google image search on the dropped picture indicates that the picture was grabbed from Pakistani dating sites.

BITTER used RATs that are compiled using Microsoft Visual C++ 8.0. They use a few iterations of their RAT with the main difference being the RAT's command and control (C2) communication method. Earlier variants communicated to its C2 via an unencrypted HTTP POST. Below is an example of an older variant's phone home request:

Newer ones, on the other hand, use encrypted TCP connection such as the one shown in the introduction above. Both older and newer variants are used simultaneously today in the campaign.

The RAT version (SHA1 d7a770233848f42c5e1d5f4b88472f7cb12d5f3d) that they used in their latest campaign is capable of executing the following backdoor capabilities, essentially allowing the attackers to gain full remote control over a victim's PC:

In addition, the vast majority of their RAT binaries contained the following digital signature with a non-trusted CA Root certificate: 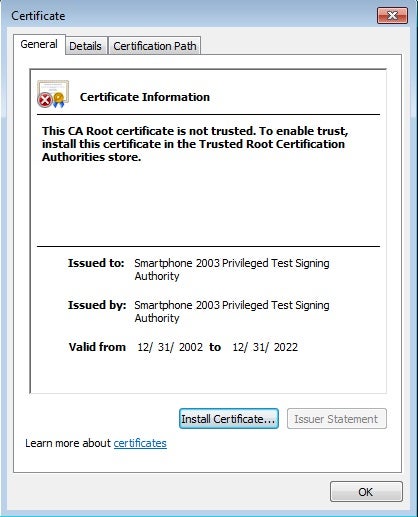 The following table shows the timeline of appearance of BITTER RATs, based on their compilation timestamps, along with their embedded PDB paths: 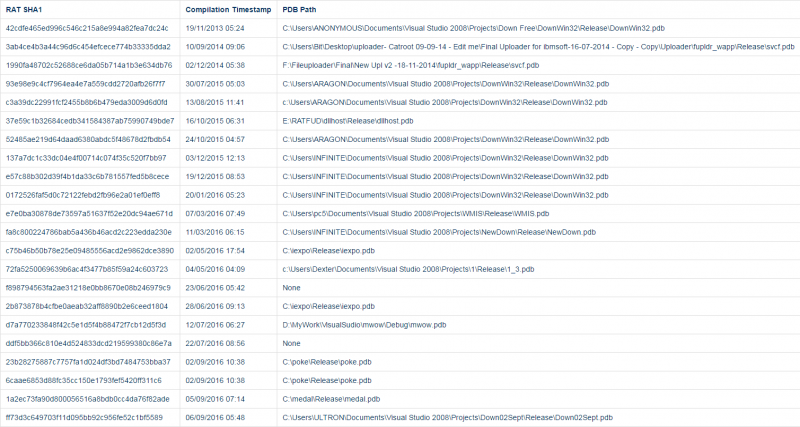 It is important to note that some of these RATs are distributed at a later time than their compilation date.

BITTER used free dynamic DNS (DDNS) and dedicated server hosting services in order to set up their C2s. The download site where the exploit documents download the RAT binaries are, in most cases, different from the actual RAT C2. However, both of them are typically registered using a Gmail email address and a spoofed identity purporting to be either from United Kingdom or Great Britain. Below is an example of a spoofed registrant information for the C2, spiralbook71[.]com:

A list of all related malicious domains we managed to collect are as follows: 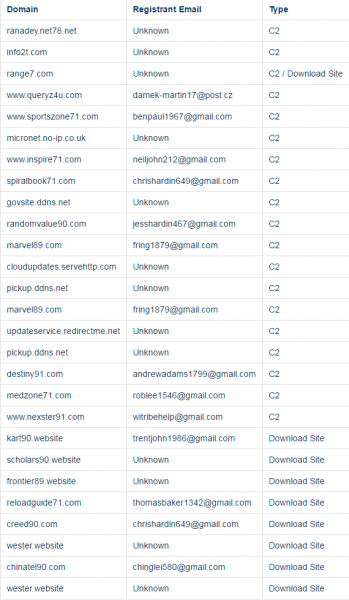 The email address witribehelp@gmail.com​ points to an empty Google Plus profile with the name "WhatsApp Support". Interestingly, however, the account is connected to another Google Plus account with the handle "Love Pakistan": 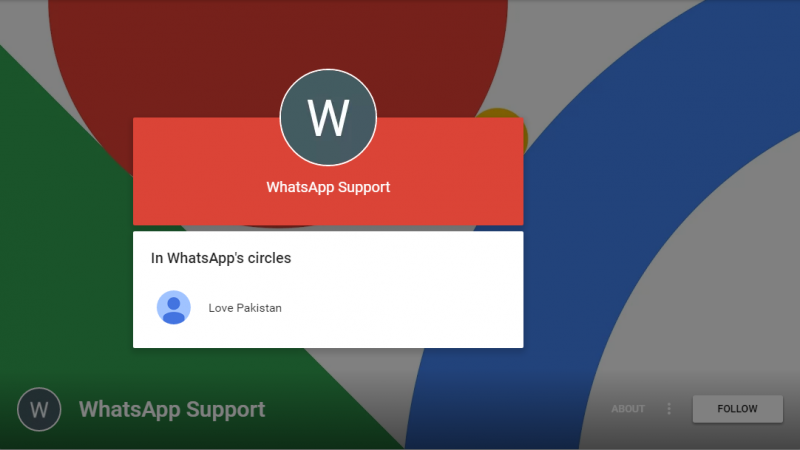 While cyber-espionage is a common motivation for targeted attacks, this is often hard to conclude unless a forensic investigation is conducted on the actual victims' machines. In some cases, specific capabilities in RATs provides us with clues on what the attackers' true intents are.

One of the backdoor capabilities mentioned above is the logging of files and files' time stamps from the victim's machine. Furthermore, an older variant of their RAT from 2014 that has the SHA1 3ab4ce4b3a44c96d6c454efcece774b33335dda2 are found to look for more specific file types. After identifying the logical drives from a victim PC, this RAT variant proceeds to enumerate files and check if they match any of the hard coded document and archive file extensions below: 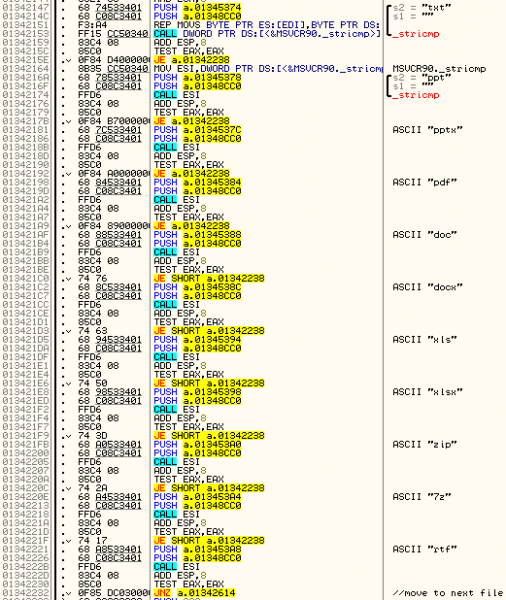 While it is hard to conclude based only on these artifacts, the nature of these targeted file types suggests that the attackers may be after sensitive documents.

In December 2015 one of the campaign's download sites hosted a binary at scholars90[.]website/putty. The downloaded file is a free SSH and Telnet client application called "PuTTY", which has been used in the past in other targeted attacks.

In addition, the same RAT variant previously mentioned (SHA1 3ab4ce4b3a44c96d6c454efcece774b33335dda2) connects to the C2 info2t[.]com/m2s.php​. This has also served as a C2 for at least two AndroRAT variants in the past. The following diagram shows these relationships: 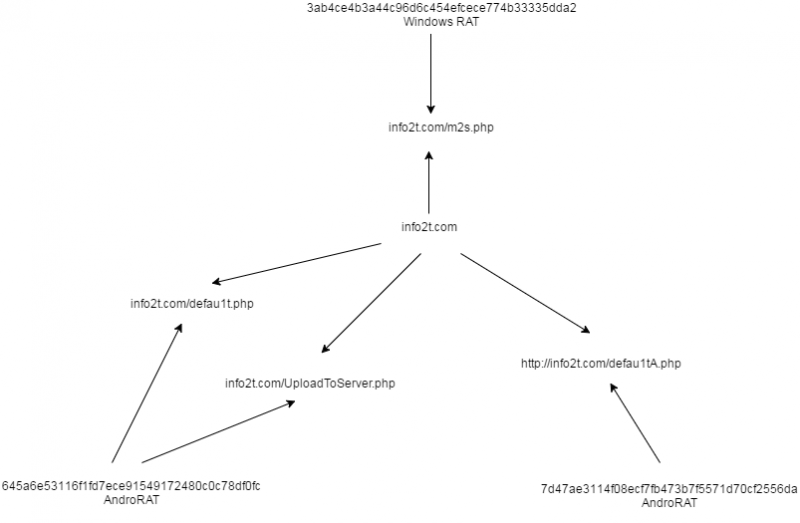 The AndroRAT variant with SHA1 7d47ae3114f08ecf7fb473b7f5571d70cf2556da disguises itself as the Islam Adhan Alarm - an Android app that alerts to prayer times of Islam, which is the state religion of Pakistan. The variant with SHA1 645a6e53116f1fd7ece91549172480c0c78df0f, on the other hand, disguises itself as Kashmir News app. Kashmir is the northernmost geographical region of South Asia and is a disputed territory between India and Pakistan.

Many targeted attacks continue to be discovered today. It is interesting to see that while these attacks are not always sophisticated in nature, the same characteristic allows them to stay under the radar by blending in with common attacks in the wild. BITTER is able to achieve this by using available online services such as free DDNS, dedicated server hosting and Gmail to setup their C2s. Such setup is exhibited by today's common malware.

It is worth noting that in all the artifacts collected in this research, none of the English words that were used had spelling errors, suggesting that the actors behind BITTER are proficient in the English language. Furthermore, as discussed above, all the artifacts we have seen are consistent with Pakistan being the target of this group. There may be other targets that have not been discovered yet or BITTER may be a branch of a larger campaign with broader targets, but only time will tell whether any of these are correct.