Forcepoint Security Labs™ recently investigated a trojanized RTF document which we tied to the Carbank criminal gang. The document contains an encoded Visual Basic Script (VBScript) typical of previous Carbanak malware. Recent samples of the malware have now included the ability to use Google services for command-and-control (C&C) communication. We have notified Google of the abuse and are working with them to share additional information. 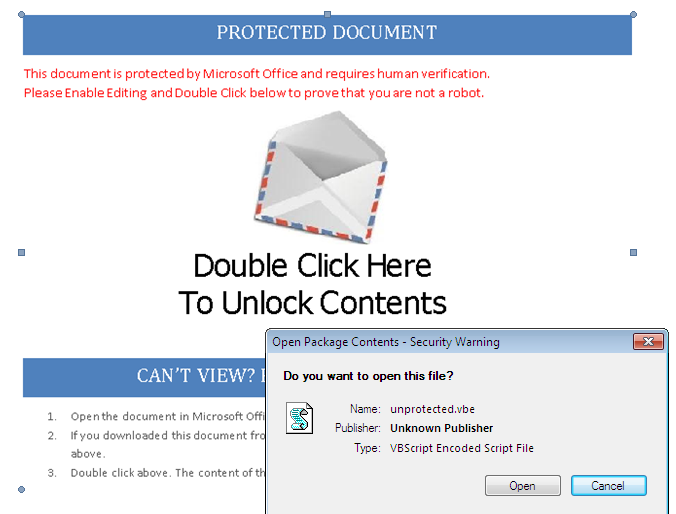 Double clicking on the image results in a file open dialog for "unprotected.vbe". If the user executes this file then the VBScript malware will begin to execute.

The VBScript malware inside the RTF document (SHA1 cd75662751c59951717b4704ea2cdb6fb7ec19bc) is an encoded VBScript file. We decoded the script and found hallmarks typical of the Carbanak group's VBScript malware, however we also found the addition of a new "ggldr" script module.

The module is base64 encoded inside the main VBScript file along with various other VBScript modules used by the malware. When we analyzed the script we noticed that it is capable of using Google services as a C&C channel.

The "ggldr" script will send and receive commands to and from Google Apps Script, Google Sheets, and Google Forms services. For each infected user a unique Google Sheets spreadsheet is dynamically created in order to manage each victim. The use of a legitimate third party service like this one gives the attacker the ability to hide in plain sight. It is unlikely that these hosted Google services are blocked by default in an organization, so it is more likely that the attacker will establish a C&C channel successfully.

The C&C procedure is outlined in the diagram below. 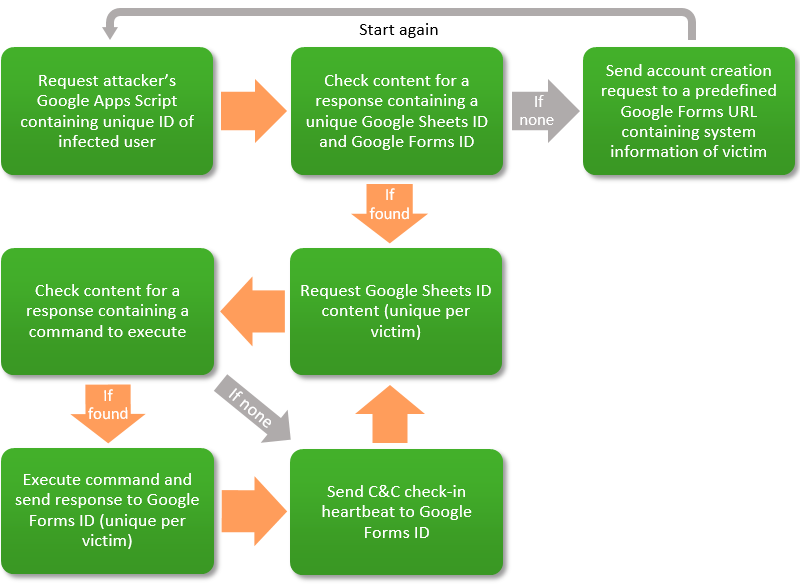 The second time the Google Apps Script is requested, the C&C will return the unique Google Sheet and Google Form ID values:

The "entry" value is also a unique ID which is sent with each subsequent Google Forms C&C request.

The Carbanak actors continue to look for stealth techniques to evade detection. Using Google as an independent C&C channel is likely to be more successful than using newly created domains or domains with no reputation. Forcepoint will continue to monitor this group's activities and share data with trusted partners.